We all know that after nearly two straight years of touring, the majority of the Backstreet Boys have been taking well deserved time off for their families and side projects. Every once in a while though, they will pop up into the public and we do everything we can to gather all the photos, information and video that we can.

This weekend was one of those times. Kevin and Brian (along with their families) were in attendance at the University of Kentucky game this Saturday and it struck a chord with us.

1. It’s Always Good To See The Boys Back Home.

While the Kentucky cousins have proven themselves to be highly attractive in most parts of the world, there’s something about the look of pride when they return to their hometown of Lexington, KY. We can only imagine as young boys, Kevin and Brian going to the UK games, never imagining that the band would one day be marching to their own music. You can sell out all the arenas in the world, win all of the awards you want, sell millions of albums, but nothing tops the feeling of coming back home to a fanfare, of realizing that the people you are fans of are actually fans of your own work. The pride and feelings are written all over their faces. You’ve made it, boys!

2. How Unbelievably Cute Were They With Their Sons?!

We always love seeing any of the Boys with their families, especially their children, but something was magic about seeing Kevin and Brian with their boys at a UK game. While Baylee, Mason, and Maxwell may not know it now, these are memories with their dads that they will cherish forever. Sure, they get to travel on a tour bus and see Dad on different stages, but who remembers watching your dad work? It’s things like going to football games like Kevin and Brian did with their dads, that their kids are going to remember. Just as they look prideful about being on their home field, they seem equally as proud to have their families with them. Talk about our heartstrings!

3. We Love Seeing Kevin and Brian Fanboy Like We Fangirl.

They may be celebrities – but they’re two of the most down-to-earth people you’ll ever meet. Several photos popped up yesterday of Kevin and Brian mingling with other fans, dancers, band members, etc. They could easily sit in a box and ignore everyone, but they don’t. They love this team, they love their town, and they remember where they come from – as if we didn’t already love them. (Oh, and we’re pretty sure you couldn’t keep Kevin still at a game if you tried, but whatever.)

Thank you, Boys, for being someone that we can share with our own kids.

In case you missed it, the University of Kentucky marching band performed a tribute to the Backstreet Boys, which you can see below. If I find a better video, I’ll post it ASAP. ❤ 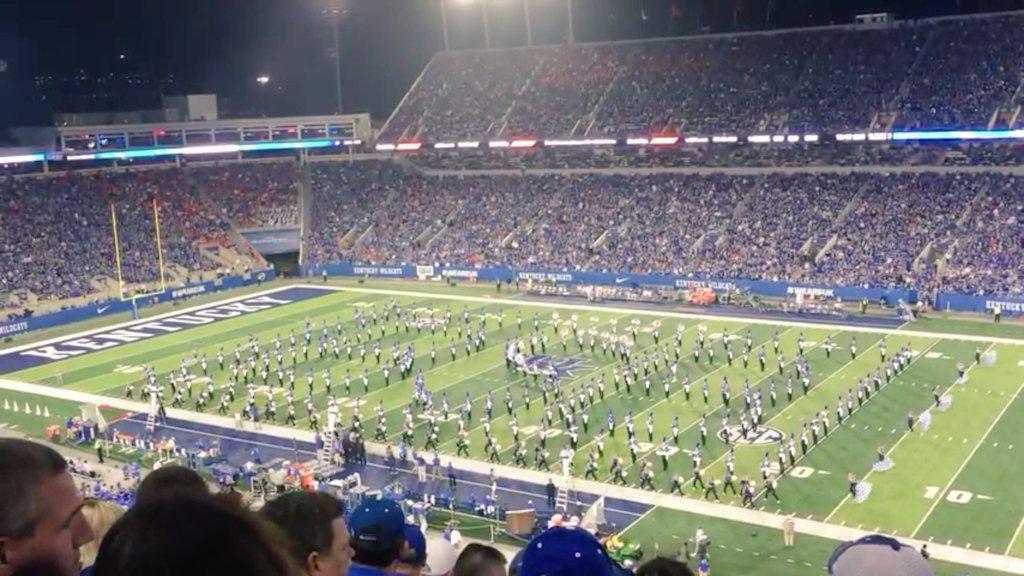