The second of the Backstreet Boys to be married and the first to start a family, Brian Littrell will be celebrating 15 YEARS with his wife Leighanne on September 2nd. Wow, we can NOT believe it’s been that long. The couple has never been shy about publicly displaying the love they have for one another and the fairytale only grew sweeter when they added their son, Baylee, to the family! After 15 years, we couldn’t imagine not loving the Littrells.

1. The Way They Watch Baylee Perform On Stage HAD To Be One Of The Cutest Things EVER.

Most of the Backstreet fans that have been fans for a while still see Baylee Littrell as a 4 year old. When he began opening shows on the last Backstreet Boys tour, we couldn’t believe how old he had gotten – and neither could his parents. Not only were we obsessed with his talent, we were also obsessed with his parents watching on. Our hearts grew three sizes watching Brian and Leighanne watch their son perform onstage with such pride! They’ve poured their hearts and souls into their boy and it shows.

2. They Support Each Other.

Since day one, Brian and Leighanne have been supportive of each other. Leighanne has been one of, if not the most, present wife on Backstreet Boys tours and events and has made numerous connections with fans, cheering on her husband when she can. Brian has also enthusiastically promoted anything his wife has done as well – from cameos in Olive Juice to modeling for / making appearances for the Wylee brand, run and operated by Leighanne! It’s clear that they’re each other’s biggest fans and we find it pretty endearing. While the Littrells are known for regular posts on instagram, they are also growing to be known for the sweet (sometimes sexy) comments they leave for each other. You’d think after 15 years of marriage, husbands and wives would be out of the “honeymoon” period – they wouldn’t think to tell each other how good they look, how much they miss each other, how happy they are to have each other… not these two. We’re literally on the watch everytime one of them posts now for the comment to follow… and then we punch our own significant other in the arm.

4. They’ve Stayed True To Their Roots. Brian and Leighanne were both born in the South and in the South they have stayed. Opting out of Hollywood life while not on tour, recording, etc., the Littrells have stayed true to their roots by putting their roots down in Atlanta and quietly living a life with their friends and family. Their home may be a pretty big one, but they live a relatively normal life inside of it. They make their own meals, put up their own Christmas trees, throw their own pool parties, Halloween parties, birthday parties and shoot their own fireworks. They also don’t make any bones about what they believe and who they are. We LOVE the normal side of the Littrells and really, can not get enough!

5. They’ve (Willingly) Let Us Into Their Lives.

Whether it be keeping people updated on the 43 Christmas trees put up every year, posting pics from vacation, or signing autographs for Wylee orders that fans have ordered, Brian and Leighanne have invited us into nearly every aspect of their lives. Who remembers the time they took to do video chats?! Not only do they let us in on the mundane parts of life, they are also known for their fan events for HHC and Wylee – which end up being more like parties! These two are heavily involved in anything they set out to do to make sure that it is worth it for fans. They’ve made a real connection with fans when they didn’t have to and that is definitely one of the reasons we love them!

6. The Story Of How They Met Is Straight From A Movie. 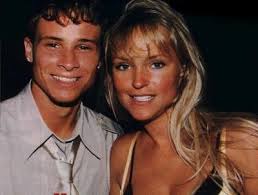 A boy in a band married an actress from one their earliest videos — is this real life?! For Brian and Leighanne, it is. Their love story gave us hope….until the rest of the Backstreet Boys got married…not to any of us (Just kidding. Kind of.). Regardless of the fact that it never worked for any of us, the story of how they met on the set of As Long As You Love Me is a true testament to the fact that a higher power puts you in the right place at the right time.

7. They Work Toward The Happily Ever After. True love exists. True love will withstand the test of time. The Littrells are living proof. Marriage is not easy and 15 years is an eternity nowadays for any couple, much less a celebrity couple. They’ve made it no secret that making a marriage / family work while one half is away is not easy, but they’ve worked at it and they’re happy. It’s refreshing, it’s envy-inducing, it’s beautiful and it’s something we all want for ourselves. Brian and Leighanne have been a pretty awesome example of everything love is supposed to be.

Happy Anniversary, Brian and Leighanne. Congratulations on your continued success at Happily Ever After ❤ The Essentials: Backstreet Boys’ Fans Tips, Tricks and Must Haves For Concerts + Events

The Basics: Everything You Need To Know About Howie D’s ‘Back In The Day’

8 Birthday Wishes We Have For AJ McLean