For 22 years now, Nick Carter has grown up and on us. You may have caught it earlier or you may not have caught it until he went solo. You may JUST now be catching it after resisting for so long. What am I talking about? Chronic Nick Carter Syndrome, or CNCS for short. If you’re going through this list and freaking out thinking, “Oh my God! This is me!”, rest assured that you are not alone.

Since day one, whether consciously or subconsciously, Nick’s eyebrows speak to us. They are the most perfect part of his face and he uses them to communicate more than he uses his mouth. If have CNCS, you judge any man that doesn’t communicate to you with his eyebrows. Nick Carter has ruined you. Your boyfriend is saying he’s angry, but his eyebrows don’t quite say that sooo…

2. You Get Unreasonably Excited About Camo Shorts / Pants.

For years, Nick has had an assortment (we choose to believe their is more than one pair) of camo pants and shorts. 95% of Backstreet Boys fans with an affinity for camo have been diagnosed with CNCS. Those with the syndrome have actual turned-on reactions to camo, on or off of Nick, simply because he lived in them for days at a time.

3. You See Kevin… And Automatically Look For Nick.

If you have CNCS, you basically see Kevin Richardson as a means to get to Nick. It is well known that Nick might be Kevin’s biggest fan (constantly reiterating for 6 years in Kevin’s absence that the door was ALWAYS open for him to return) and it is likely that where Mr.Richardson is, Nick is not far behind. There is also a good chance that if you can’t see physically see  Nick, it’s because Kevin and his height are blocking him. Always. Look. To Kevin.

4. You Follow The Tampa Bay Buccaneers – Just So You Know What Nick Is Ranting About. 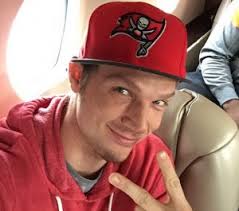 You may not watch a day of football in your life, but you will follow the Bucs just so you understand what Nick is tweeting about. You may even watch their games just to predict when Nick is going to tweet (especially if it’s your birthday – priorities). If all else fails and you are in a drought of Nick Carter acknowledgement, you will Google the crap out of anything Bucs related and tweet it to Nick until he acknowledges you. The syndrome is real.

5. If You See Nick Tweet About Hair, You Panic.

As we discussed in the post about how the world shakes when Nick changes his hair, anyone with CNCS is emotionally invested in Nick’s hair and any change it makes. What question can anyone inflicted with Chronic Nick Carter Syndrome answer faster than anything else? Which hairstyle they prefer on Mr. Carter’s head. Some prefer long, some prefer the 90s hair that made a comeback this year, and some prefer the spiky…but everyone does have an opinion about any of it. You don’t like Nick’s current hair style? No worries, you will when he’s done with you.

6. If You See Anything About Aliens, Hairless Cats, Pugs, Squatting…You Think Of Nick.

Nick has a vast array of odd obsessions and likes and CNCSers know them all.

Any meme with a pug – send it to Nick.

Any fact about hairless cats – send it to Nick.

Any new alien discovery – suggest you go into space with him.

Hear Nick say Lauren can squat him – tell him that should be an event on the cruise, “Who can squat Nick Carter?”

MUST. GET. NICK’S. ATTENTION.

7. You Get Sick Everytime You Go To A Backstreet Boys / Nick Carter Event.

It is no secret that Nick spends every other week on tour being sick. If you have Chronic Nick Carter Syndrome, you are most likely going to get as close to Nick as you can at any event. This most likely means that you will be sick within a week and you will most definitely blame Nick Carter. It’s basically a badge of honor. It’s a rite of passage in any Nick fan’s life.

8. Your Phone Is Full Of Nick Pics For Every Occasion.

If Nick posts anything remotely hot, which to you, is everything, you have it saved on your phone. You actually had to buy a memory card for your phone to make room for all of your Nick (and occasionally those other four guys) pictures. If he tweets you or acknowledges your existence? Well, you’re going to need a whole separate phone. You’ll take screenshots, back up screenshots, replies, favorites, retweets…THIS IS EVERYTHING.

9. You’ve Blown Off Very Important Things Because Nick Was Tweeting. 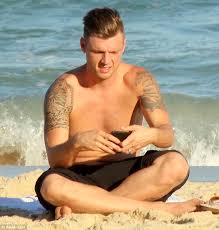 Maybe you called in sick. Maybe you cancelled your date. Maybe you had to pull over from a busy interstate because NICK WAS TWEETING HIS FANS. For CNCS victims, this event is like the Olympics. They sweat, they cry, and their is a secret gold medal in the form of 23 screenshots if you get a tweet.

10. You Know The Year Of A Performance Based On Nick’s Hair. 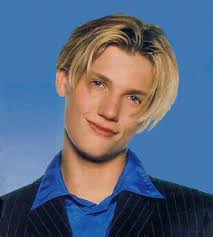 Nick’s life has been a carousel of hair changes (A hairousel?) and anyone with CNCS will be able to identify the year of a performance simply because of his hairstyle. We’re not sure if Nick changes intentionally with every album cycle or he likes to keep things spicy, but we do know that his hair, above all hair, causes fandom meltdown.

11. Nick Posts A Shirtless Selfie And You Don’t Recover for 48 Hours. 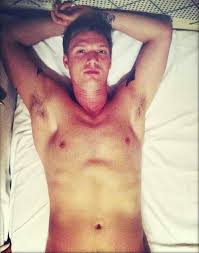 Admit it, you still blush when you see oats and you know EXACTLY what I’m talking about. We were all deprived of shirtless Nick for so long then BAM!! He’s flaunting it all over the place and the CNCS just gained another symptom. And you need a drool mop.

12. At The End Of The Day, You’re Going To Support Him On Anything. 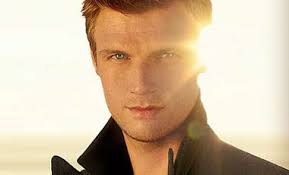 2 thoughts on “12 Signs You Have Chronic Nick Carter Syndrome”