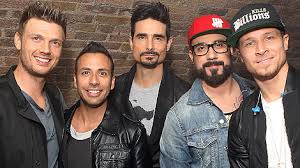 Going to a Backstreet Boys VIP can be cause for great anxiety. You’ve just took the plunge and bought your VIP meet and greet, you’ve talked your best friend into going with you, you’ve rehearsed what you’re going to say over and over in your head. You have counted down the months, days, hours and minutes until you will be sharing oxygen with the five guys you’ve loved longer than your boyfriend/husband/dog, until you will be touching them, hugging them, potentially losing your mind…What is your name again?!

If you think this post is about the actual “rules” of VIP, you. are. wrong. We’re here to tell you what eternal BSB fanclub members (AKA Have-Bought-So-Many-VIP-That-They-Have-Lifetime-Membership) all know to be true about meet and greets with the Backstreet Boys.

This is probably the first thing that any VIP-going fan will tell you. Whether you are a Nick-Girl or not, he will NOT be ignored. Numerous fans have reported being pulled to him when it is time for the photo, others have reported him turning on the charm if he thinks you’re passing over him too quickly. Really though, you don’t want to ignore him. He is something to behold in person. Only ignore him if you’re into playing games – be hugged a little tighter just because you act like you want to move on. Works everytime. Not even in this picture do you look Kevin in the eyes. Why? Because he will suck you in in the best way possible. He will hug you, he will hold your hand while talking to you, and then he will look you so directly in the eyes that you’re sure you’re at least 5 inches off of the floor. He will thank you for coming and hopes that you enjoy the show (or ask you if you did enjoy it if it’s an afterparty) and you will be at a loss for words. You will walk away from Kevin and you will never be the same.

3. Don’t Miss The Opportunity To Talk To AJ.

If you walk past AJ without saying more than two words to him, you will regret it. AJ is usually the key to a longer VIP meet and greet because if you have something to say to him, he will have a conversation with him like he is your best friend. It’s the best thing in the world and one of those moments that you reflect on for days to come. “Holy cow! Did I really just talk to AJ like it was no big deal?” Yes. You did. What?!

4. Don’t Be Intimidated By Brian’s Energy. 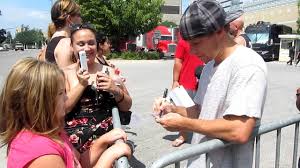 We all know that Brian can be wiggly and occasionally (unexpectedly) loud, but he is really something to behold up close and personal. Those eyes (wow!) and his kindness will surge through you the moment you’re within feet of him. Don’t worry, he’s also usually right side up during meet and greets so there’s no foot-in-your-face accidents.

He may be quiet, but man, is he handsome! He’s so relaxed and sweet, you’ll be sorry if you blow by him.

The shock of meeting all five Backstreet Boys together is enough to make you pass out – you don’t need your blood sugar issues to interfere. Force feed yourself. Force feed your friends. DO NOT pass out on AJ. He will probably freak out and you will have lost the hundreds of dollars you paid for VIP. You won’t even remember Kevin carrying you out! If you’re going to be passing out, you better be faking it.

7. Don’t Forget Where You Want To Stand.

You go in with a plan – don’t panic! If you want to stand in between Kevin and Nick, you make it known and you stand immobile (especially if you’re with a group). You’ve paid for this moment and this is a once-in-a-lifetime (until next tour) chance to get what you want. When possible, be near the center – make yourself uncroppable, as you should in life.

If you have something to say to those Boys, you say it. You will be rushed because, understandably, there are other fans and a schedule to keep, but make the most of your VIP meet and greet. If you want to tell Kevin he changed your life, do it (just don’t look at him). If you forgot to hug Brian, you go back and do it. Enjoy it. Be in the moment. This is really happening.