We all think seeing the Boys during “down” time is a good thing… until we experience the even more severe withdrawals. 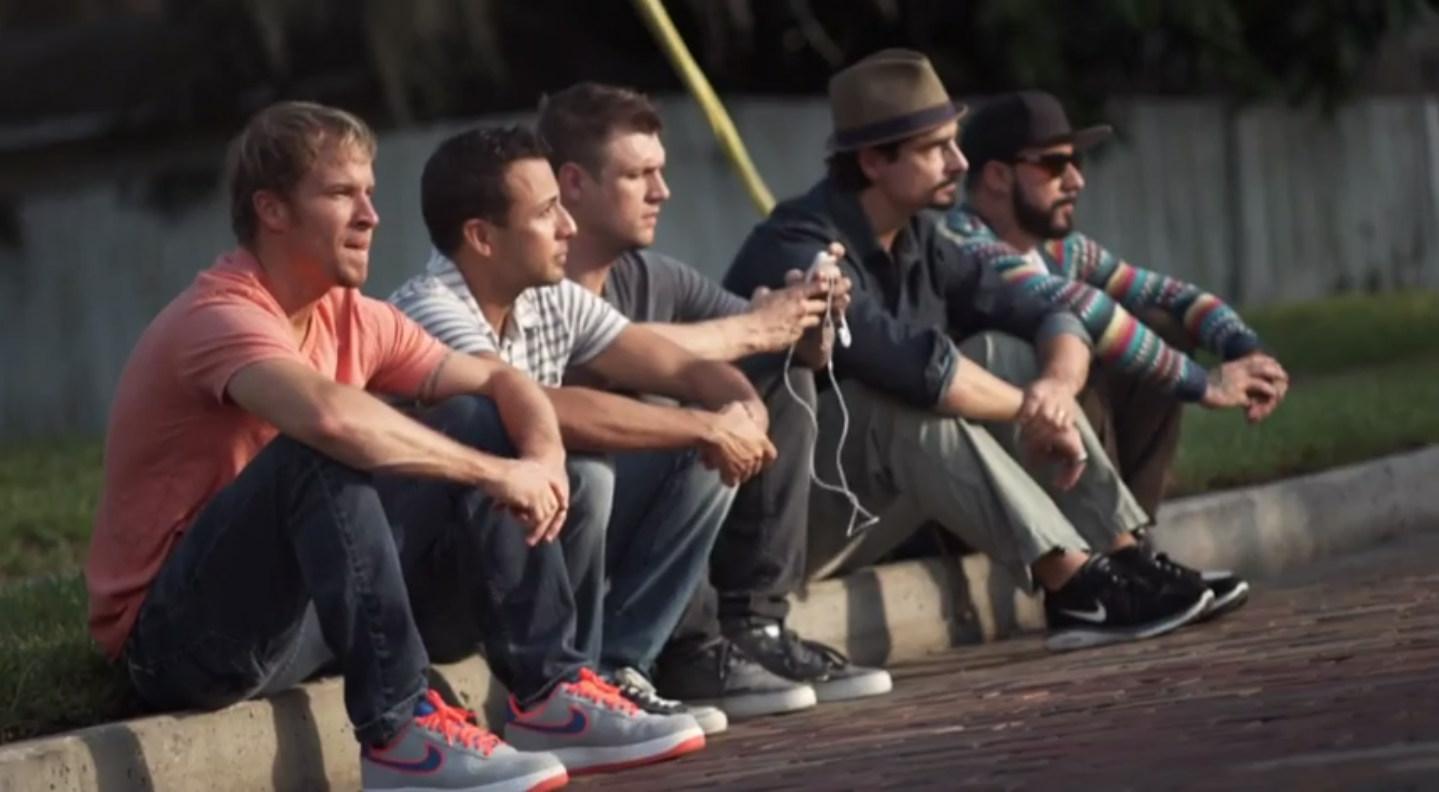 A good majority of us were so excited to settle in on Friday night for the television premiere of Show ‘Em What You’re Made Of. All the feelings came back of the first time we watched, hanging with our friends, having watched all the promotional interviews the Boys were doing, and finally getting to see the documentary that we had waited years for. In January, some of us were fresh off of the Nick & Knight high, some of us were still reeling from the Backstreet Boys cruise, and most of us had high hopes for 2015. What none of us saw coming were the intense feels we got from seeing concert footage. Almost all at once, we were tweeting the Boys that we missed them, we missed the IAWLT tour, and even that we wanted the Millennium tour to come back….from 1999. We were actually willing them to turn back time for us (impossible as it may seem). Reality once again hit us hard that for the U.S. and a few other countries, we won’t be seeing them on tour this year. We talk ourselves into this being ok…until it’s NOT. You could say we’re a little Inconsolable. (Oh my gosh, we want that tour back too!)

2. The Announcement Of Tour Dates… Nowhere Near Us.

Tell me why we know where they’re touring this year, those of us who are not in those continents know we’re not going, and yet we STILL get upset that there isn’t some renegade tour date near us. Yes, Backstreet Boys, go to China, South America, Vegas and Florida. We’re so completely irrational in the Backstreet Boys drought that some of actually start looking up airfare out of the country and applying for our passports. Tell me WHY we can’t handle the fact that they are not touring in the same spots this year. The thing is, we’re okay with their being a new album and a new tour and we’re okay with waiting…until they announce someone else is seeing them that isn’t us. Fangirl Mode: CRAZY STATUS.

Ok, Nick-AJ-Kevin-Brian-Howie… we know that you are all working on solo things and we are THIRSTY. Now is the time to strike. As Nick and AJ have proven in the recent months, if you release it, we will be slaves to your solo work. We will trend it, we will listen to it, and we will promote it. We are willing to sell our souls and firstborn children for any kind of performance we can attend. FEED US YOUR ART.

What about your 10,000 promises, Backstreet? Particularly YOU, Mr. Carter. Nick tweeted in January that we would “be seeing a whole lot of [BSB] this year”. In the U.S. specifically.

WHERE ARE YOU GUYS?! Why are there secret projects going on in NYC that are supposedly happening in Vegas!? Granted, that wasn’t a promise – we’re just really good at figuring things out. What’s the deal with just showing up in Chicago all willie-nillie like it’s not a big deal that you’re there?! We. Haven’t. Seen. You. Since. January. After two years of seeing you and…it’s just really hard, ok?

Everytime we read something new that confirms new stuff for next year, we do the fangirl dance. We are literally SO excited for what’s coming, dear Boys, and we think you know. Forgive us for being impatient but honestly, we’re not used to things not on Backstreet time. We thought when you said you’re going to head back into the studio this year, we thought you really meant two years. While we are excited, the hints are giving us major anxiety and making us do crazy things (like picking apart everything one of the Boys says to decode the cryptic message he’s trying to send us – “OH MY GAH! They’re going to do a complete duet album but acoustic, but unreleased songs too and put it in a box set, with the movie soundtrack”)… our speculation is really quite out of control. We usually end up curling up in a corner, listening to In A World Like This on repeat until we soothe ourselves….or until we’re chasing Nick, Brian or Kevin all over Twitter for tweet. That’s all we have.